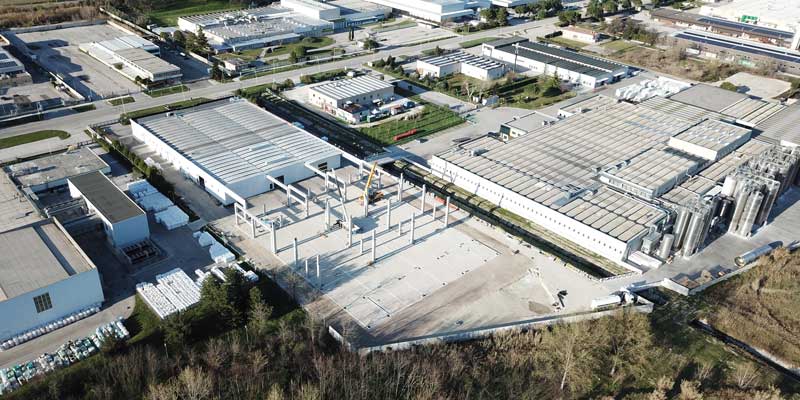 In April 2018, Fainplast has started an important new expansion of its production plant in Ascoli Piceno. The new building currently under construction stands on a property already owned by the company and situated next to the existing factory. In prevision of such expansion, already in 2017, 2 new bridges were built over a small river dividing the 2 areas.  7000 sqm. of the new building will be dedicated to warehousing and production equipment while 1200 sqm. will be available for new offices and laboratories. The total investment for such new facility was estimated in 5 Million euro.

Purpose of this new expansion is to increase the production capacity of Fainplast Polyolefin-based compounds and keep the pace of the Halogen free cables market that keeps growing year after year. As a matter of fact, further more investments have been put on the budget and 2 new compounding lines have already been ordered. These lines will be installed into the new building both by the end of year 2019. Additional to this the new facility will increase the total storage space of the company and improve the logistics of raw materials and compounds. 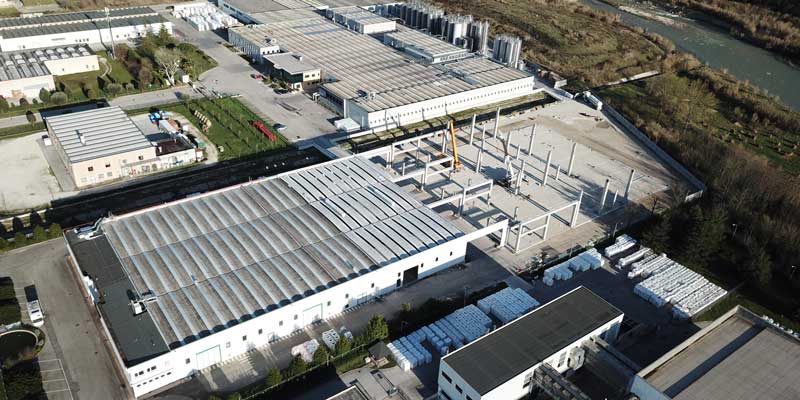 Overall, these investments together with others already on Fainplast long term industrial plan should bring an increase of the production capacity of almost 50.000 MT/year within the next 5 years.

Mr. Faraotti, general manager and owner of the company, about this said: “ We strongly believe in what we are doing and will go ahead rapidly on the road that we have already traced years back. The market is expanding and we cannot miss the opportunity  of being part of this growth. I am confident in our employees, and I think that these investment together with their competence and continuous dedication can only lead to more success in the years to come.”

Fainplast is a recognised global leader in the production of compounds for cables with a specific strength in the production of Thermoplastic and Crosslinkable HFFR compounds. Founded in 1993, the company has constantly grown thanks to its attention to the customer needs and its specific vocation for R&D. In 2017 the production plant of Ascoli Piceno produced over 90.000 MT/of compound, of which more then 70% has been delivered to the cable industry. Fainplast ships its compounds to to over 60 countries worldwide.